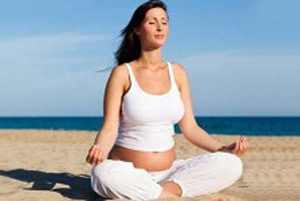 Pregnancy can be a very exciting time for most people. It can also make some people feel anxious about what they should (or should not) be doing for their own and their baby’s health. The information below will answer many frequently asked questions. There are also links to further reliable sources of information at the bottom of the page.

During pregnancy it is important to continue to eat a healthy balanced diet. You may have an increased appetite but it is not necessary to ‘eat for two’, even if you are having twins or triplets. Too much weight gain increases your risk of developing problems later in the pregnancy. Also, extra weight is difficult to lose after the birth. According to the World Health Organization, for women with a normal pre-pregnancy weight, a weight gain of 10-14 kg over the pregnancy is associated with the lowest risk of pregnancy complications.

Aim to eat a healthy diet (which everyone should be eating, not just pregnant women). Briefly, a third of most meals should be starch-based foods (such as bread, cereals, potatoes, rice, and pasta), with fruit and vegetables. Eat protein foods such as meat, fish, pulses, chicken, etc, in moderation.

Include foods with plenty of iron, calcium and folic acid: a growing baby needs these nutrients right from the start of the pregnancy:

Fish: in general, fish is a good source of protein and other nutrients. Aim to eat at least two portions of fish per week, with at least one portion being oily fish (see below). However, there are some important exceptions. Some types of fish contain a high level of mercury which can damage the developing nervous system of an unborn baby. Because of this, the Food Standards Agency (FSA) advises:

Also, do not eat raw fish or uncooked shellfish (which may contain germs (bacteria), viruses or parasites).

Also, some types of fish may contain a small amount of chemicals from pollution, including dioxins and polychlorinated biphenyls (PCBs). If you eat a lot of these fish, these chemicals may build up in your body over time, which may be harmful. Because of this, the FSA advises that you should have no more than two portions a week of any of the following fish: