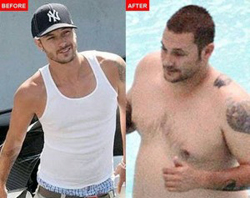 It’s more dangerous to be ‘Skinny Fat’ than it is to be OBESE: Research shows that one in FOUR skinny people are ‘metabolically fat’ because of diet soft drinks, lack of sleep and unhealthy habits