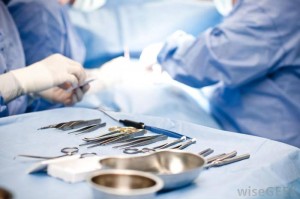 “For the loved ones we’ve all lost, for the family we can still save, let’s make America the country that cures cancer once and for all,” the President said.

But is finding a cure for cancer realistic or merely rhetoric?

“Is it realistic? In a word ‘no,’ ” said Dr. Otis Brawley, the chief medical officer of the American Cancer Society. “In my world, ‘cure’ is a four letter word, but we are going to cure some people.”

He said it’s important to remember there are at least 200 kinds of cancer. Finding one “cure” to fix all of them is probably impossible.

“I firmly believe 50, 100 even 1,000 years from now, there will be people dying of cancer; however, I do believe that we can do better” to fight the disease. And the fight right now looks promising, cancer researchers say.

The scientific understanding of the diseases and the methods to treat it have improved enormously in even the past few years. Our better understanding of the human genome, the President’s precision medicine initiative, collaborative big data projects and less toxic treatments have all given people with cancer real hope.

How far are we from eradicating cancer now?

Cancer death rates are down 23% in the past 21 years according to the American Cancer Society.

While one out of every four cancer deaths is because of lung cancer, the rate of new lung cancer cases has continued to decline as fewer people smoke.

Testicular cancer, Hodgkin’s lymphoma and many adult cases of leukemia can be cured or at least turned into manageable or suppressed disease. Surgery can fix some skin cancers. Radiotherapy can cure cancer of the voice box and thyroid cancer. Advances in screening have helped detect breast cancers earlier which can then be cured. Even some ovarian cancers and lymphomas that don’t go away completely can now be treated more like a chronic illness that can be managed if watched and treated.

Since Dwight D. Eisenhower mentioned cancer in his 1954 State of the Union address, presidents have talked about funding cancer research 15 times in the annual address.

President Obama has mentioned cancer in all but one of his State of the Union addresses. Finding a cure for this “mortal disease” as Eisenhower called it, has been a real priority for several administrations.

But in 1971, when President Richard Nixon urged scientists to use the “same kind of concentrated effort that split the atom and took man to the moon” to “conquering the dread disease” cancer was the second leading cause of death for Americans. It still is, and that’s unlikely to change any time soon even with the focus from the top.

“Curing cancer is tough and the biological variation in cancer types is profound and presents a big problem with all the different mutations in difference cancers,” said Nobel Prize-winning scientist Dr. Harold Varmus.

Varmus is the former director of the National Cancer Institute that Nixon’s “war on cancer” created. He is on faculty at the Weill Cornell Medical College.

“Cancer is an important political cause because it is a mortal disease that we fear, but we fear it much less with the enormous successes we have seen since Richard Nixon’s time.”